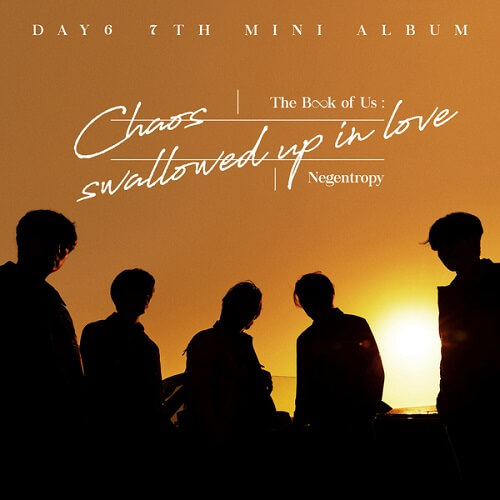 DAY6 continues to connect love with thermodynamics in their seventh mini-album The Book of Us : Negentropy – Chaos Swallowed Up in Love! Sung Jin, Jae, Young K, Won Pil and Do Woon portray the chaos swallowed up in love in the last chapter of their The Book of Us music series and the title track You make Me. Leader Sung Jin (who enlisted in March) penned two side tracks, while Young K, Jae and Won Pil are credited as songwriters for most of the songs. It will be released on April 19, 2021.