You are here: Home / Albums / Lovers of the Red Sky OST 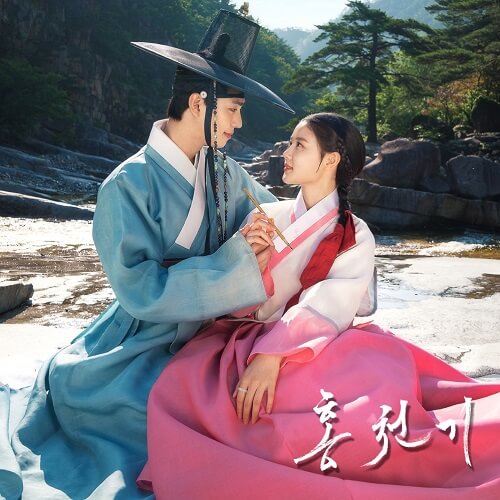 Lovers of the Red Sky (홍천기) is a South Korean television series starring Ahn Hyo Seop, Kim Yoo Jung, Gong Myung and Kwak SiYang. It is directed by Jang Tae Yoo and written by Ha Eun. The series adapted from the novel of the same name written by Jung Eun Gwol is a fantasy romance historical drama about the only female painter in Joseon dynasty, who was briefly recorded in the historical records.It premiered on SBS TV on August 30, 2021, and aired every Monday and Tuesday at 22:00 (KST).

Synopsis:
Set during the Joseon era, Hong Cheon Ki (Kim You Jung) is a female painter with genius like painting talent. She is picked as the first female painter of the Dohwaseo (Korean Royal Academy of Painting). Hong Cheon-Ki also has a beautiful appearance and bright personality. For her, painting is everything. One day, she meets Ha Ram. Ha Ram (Ahn Hyo Seop) is an officer at the Seowoongwan, an office in charge of astronomy, geography, art of divination, meteorology. When he was young, an accident caused him to become blind. Hong Cheon Ki falls in love with him and she does not care that he is blind. Hong Cheon Ki keeps appearing in front of Ha Ram and he finds himself waiting for her.

We will update all the songs, lyrics, audio and music video from ‘Lovers of the Red Sky Television Soundtrack‘ with English Translation as following table: