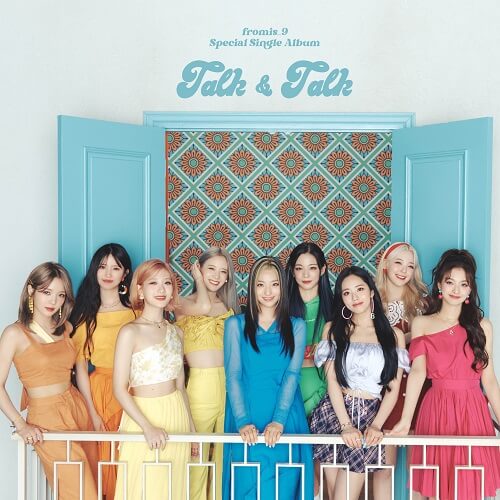 fromis_9 (프로미스나인) is a nine-member girl group currently under Pledis Entertainment. They were formed through the survival program Idol School. fromis_9 officially debuted on January 24, 2018, under Stone Music Entertainment with the mini album To. Heart.

2021:
– On May 17, the group released their second single album 9 Way Ticket, featuring the title track “We Go”
– On August 16, it was announced that Fromis 9 has departed from Off The Record and that Pledis Entertainment will take over the group’s management.
– On September 01, the group will release their new special single album Talk & Talk.