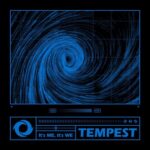 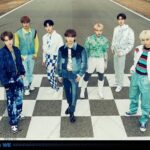 TEMPEST (템페스트) is a seven-member boy group under Yue Hua Entertainment. They debuted on March 2, 2022 with the mini album It's Me, It's We.Pre-debut:- On December 31, the group's official SNS accounts were opened along with the motion video of their logo and on January 3, 2022, teaser photos for the seven members were released.2022: Debut with It's Me, It's We- On January 19, … END_OF_DOCUMENT_TOKEN_TO_BE_REPLACED