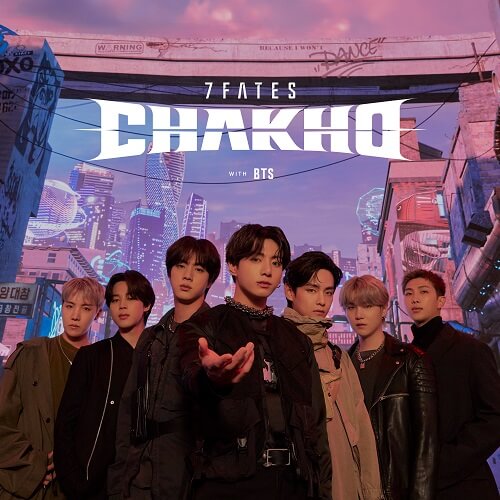 7 FATES: CHAKHO is an original story produced by HYBE, with characters portrayed by the members of BTS.

The <7Fates: CHAKHO> is an urban fantasy genre story set in a city of the near future. It was inspired by the “Chakhogapsa”, the Beom (tiger) hunters of the Joseon Dynasty. It is a story re-created by reinterpreting the stories of bears and Beom in mythology and the traditional Korean beom tales with HYBE’s own imagination. CHAKHO will collaborate with BTS to create a dynamic story about seven boys bound by fate who grow up together through trials and tribulations, and why they must be seven and what their destiny holds. — Shwan Hwangbo, 2021 HYBE BRIEFING WITH THE COMMUNITY. —

We will update all the songs, lyrics, audio and music video from ‘7FATES: CHAKHO with BTS ‘ with English Translation as following table: