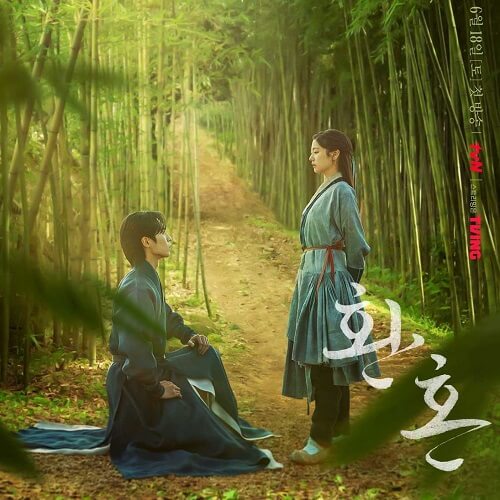 Alchemy of Souls (환혼) is a South Korean television series starring Lee Jae Wook, Jung So Min, and Hwang Min Hyun. It premiered on tvN on June 18, 2022, and airs every Saturday and Sunday at 21:10 (KST) time slot previously occupied by “Our Blues.”

Synopsis:
In the country of Daeho, Jang Uk (Lee Jae Wook) comes from the noble Jang family. He holds an unpleasant secret about his birth, which people all around the country talk about. He is troublemaker. Jang Ukk happens to meet Mu-Deok (Jung So Min). She is an elite warrior, but her soul is trapped in a physically weak body. She becomes Jang Wook’s servant, but she also secretly teaches him how to fight.
Seo Yul (Min Hyun) comes from the noble Seo family. He seems perfect with good appearance, intelligence, and strong martial arts skills. Go Won (Shin Seung Ho) is the crown prince of Daeho. He hopes to become a generous king. via asianwiki

We will update all the songs, lyrics, audio and music video from ‘Alchemy of Souls Original Television Soundtrack | 환혼 OST‘with English Translation as following table: