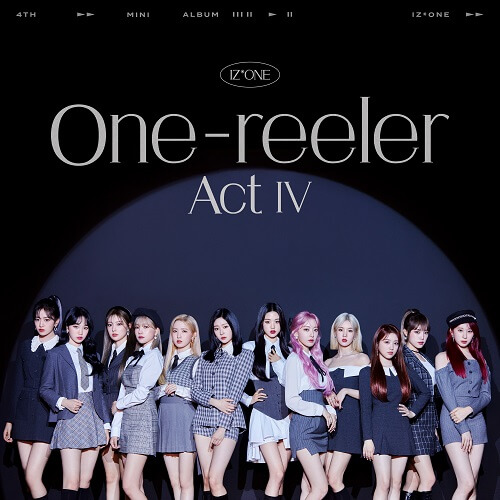 One-reeler / Act IV is the fourth mini-album by girl group IZ*ONE. It released on December 7, 2020, by Off the Record Entertainment. The album is available in three versions: Scene #1, Scene #2 and Scene #3, and consists of six tracks including the lead single, “Panorama”.
In early November, it was announced that they would be having a comeback before the end of the year. On November 17, it was confirmed that the group would release their fourth mini-album One-reeler on December 7. Group teaser photos and individual photos began to release from November 23 onwards, showing three different concepts titling, ‘The Color of Youth’, ‘Becoming One’ and ‘Stay Bold’. The first music video teaser was released a week later on December 2, with the highlight medley being released on the next day. (via wikipedia)