You are here: Home / Albums / Lovestruck in the City OST 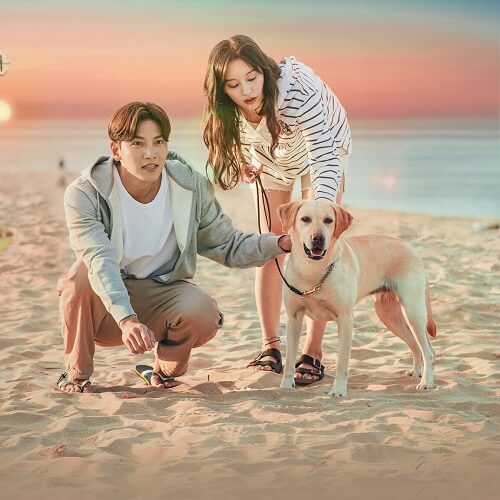 Lovestruck in the City (도시남녀의 사랑법) is a 2020-21 South Korean short form romance drama, starring Ji Chang Wook and Kim Ji Won. Directed by Park Shin Woo, the series depicts the real love stories of young people who live fiercely in a complex city. It was premiered on KakaoTV on 22 December 2020, and airs every Tuesday and Friday at 17:00 (KST). It is also available worldwide for streaming on Netflix.

Synopsis:
Park Jae-Won (Ji Chang Wook) is an architect with a passionate and honest personality. He enjoys the small streets in the city and collecting different things. He does not forget the woman who stole his heart and disappeared.
Lee Eun-O (Kim Ji Won) works as a freelancer marketer. She takes a trip without making specific plans. While on her trip, Lee Eun-O meets Park Jae-Won in a strange place. She introduces herself as Yoon Sun-A and pretends to have a free spirit, which is a totally different personality from her real self. She falls in love with him.
Choi Kyung-joon (Kim Min-seok), 29 years old, also an architect and Seo Rin-yi (So Joo-yeon) appear to be a steady couple.
Kang Geon (Ryu Kyung-soo), a 29 years old novelist, tends to fall in love with the woman he dates. Oh Sun-young (Han Ji-eun), a 30 years old gym teacher, is a ‘serial dater’ by self admission.

We will update all the songs, lyrics, audio and music video from ‘Lovestruck in the City (Original Television Soundtrack)‘ with English Translation as following table:

Lovestruck in the City Soundtrack Playlist