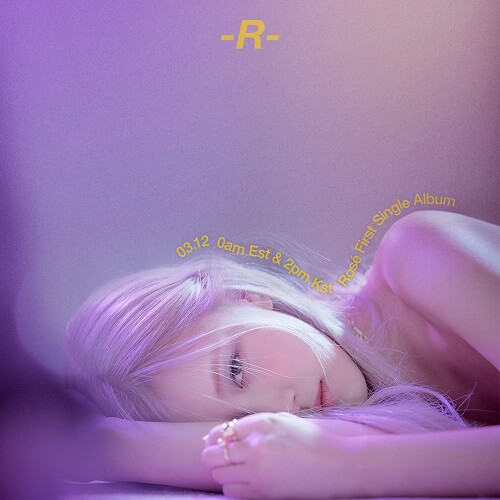 On May 31, 2020, YG announced that Rosé’s solo debut was planned for September following the release of BLACKPINK’s first full-length album, THE ALBUM.
On January 25, 2021, YGE confirmed that Rosé would premiere her solo song at the group’s online concert BLACKPINK: The Show. At the concert, she performed “Gone”, which was described as a “sub-title track.
On February 10, it was revealed Rosé will make her official solo debut sometime in March. On the midnight of March 2, teaser posters were released and confirmed the date to be March 12. Another teaser poster released on March 3 confirmed that she would be released her first single album called “R”. The title is taken from the first letter of her name and means a new beginning as a solo artist.
On March 05, YG confirmed that “On The Ground” serving as title track in ROSE’s upcoming album.