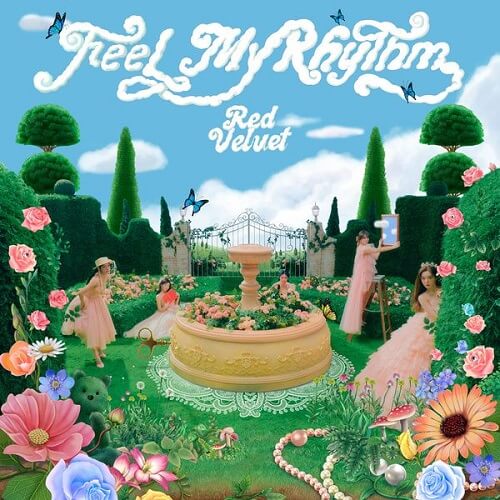 The ReVe Festival 2022 – Feel My Rhythm is the ninth mini album by Red Velvet. It released on March 21, 2022 with “Feel My Rhythm” serving as the album’s title track.

Background and release
– Red Velvet first hinted they would be making a comeback at SM Entertainment’s New Year’s concert, SM Town Live 2022.
– On February 18, 2022, an official from SM revealed that the group was preparing an album and aiming for a March release.
– On March 2, it was announced that the group will be coming back on March 21 with their ninth mini album, The ReVe Festival 2022 – Feel My Rhythm. The album contains six songs in various genres including the title track, “Feel My Rhythm”.

Composition
– “Feel My Rhythm” is a pop dance song incorporating “intense trap beats” and “string-like melodies”, including a sample of the Bach arrangement “Air on the G String”.
– “Rainbow Halo” is an R&B pop dance song featuring “restrained” clap sounds and a “subtle” bell sound over a “groovy” bass along with Red Velvet’s “languid” and “dreamy” vocals.
– “Beg for Me” is an R&B pop dance song with “chic” vocals.
– “Bamboleo” is a “retro” pop dance song with a “rhythmic” bass and electronic guitar combined with “dreamy” synth sounds.
– “Good, Bad, Ugly” is a mid-tempo R&B song including a rhythmic brass sound over a “groovy” shuffle rhythm and a “sensuous” chord progression.
– “In My Dreams” is a slow R&B ballad with “minimal trap rhythms” and the sound of a music box at its beginning and end. (via wikipedia)