You are here: Home / Albums / VICTON – Voice : The Future is Now 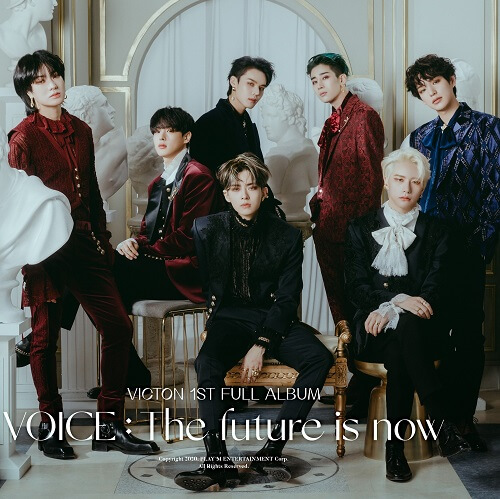 Voice : The Future is Now is the first full-length album by VICTON. It will be released on January 11, 2021 with “What I Said” serving as the album’s title track. The album was originally set to be released on December 1, 2020 but was postponed due to COVID-19 concerns.

On November 20, 2020, VICTON participated in a recording at 1theK, where an external staff member later tested positive for COVID-19. The group and Play M Entertainment staff all tested negative and the members have been self-isolating since November 22, when the external staff’s positive result came out.

Play M Entertainment stated that they would postpone the release to a yet unknown date, because of “several difficulties including schedule changes as the social distancing level was raised to level 2 following the spike in COVID-19 cases”.

On December 18, 2020, Play M announced the album would be released on January 11, 2021 and that their comeback showcase would be canceled due to the continuing spread of COVID-19 and level 2.5 social distancing restrictions.

Voice : The Future is Now Playlist