You are here: Home / Artists / NiziU 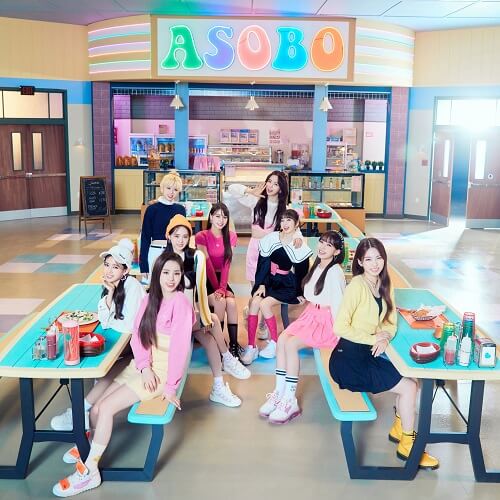 NiziU (Japanese: ニジュー; Korean: 니쥬) is a nine-member Japanese girl group formed by JYP Entertainment and Sony Music Entertainment Japan. They were formed through the survival shows Nizi Project and Nizi Project Season 2. They made their official debut on December 2, 2020 with the single “Step and a Step“. Prior to their debut, a digital mini album, Make You Happy, was released on June 30, 2020.

2020: Formation and debut
– NiziU was formed through Nizi Project, featuring 20 contestants, and was aired weekly on Hulu Japan from January 31 to June 26, 2020, and distributed internationally through JYP Entertainment’s official YouTube channel. On the final episode of Nizi Project, the debut line-up was revealed to the public. As a recording artist under JYP Entertainment, the group is announced to have partnered with record company Sony Music Japan for album sales and group management during their activities in Japan.
– The group’s digital pre-debut EP, Make You Happy, was pre-released on June 30 in Japan and South Korea, before being released internationally on July 1, 2020.
– On November 25, 2020, NiziU released the full version music video of their debut single, “Step and a Step“. A week later, on December 2, 2020, they officially debuted in Japan with the single’s physical release. “Step and a Step” topped Japan’s Oricon weekly music chart, with NiziU becoming the second Japanese girl group to reach number one on the chart with a debut album, following Hinatazaka46.

2021:
– NiziU uploaded the music video of their double A-side single “Take a Picture” on March 29, 2021. In collaboration with Coca-Cola, the song was used for a local commercial of the said product.
– Double single “Take a Picture / Poppin’ Shakin'” was then officially released on April 7, 2021, wherein “Poppin’ Shakin'” was used for a commercial in collaboration with Japanese telecommunication company Softbank.
– On November 24, NiziU will release their first studio album U, along with its lead single “Chopstick“.