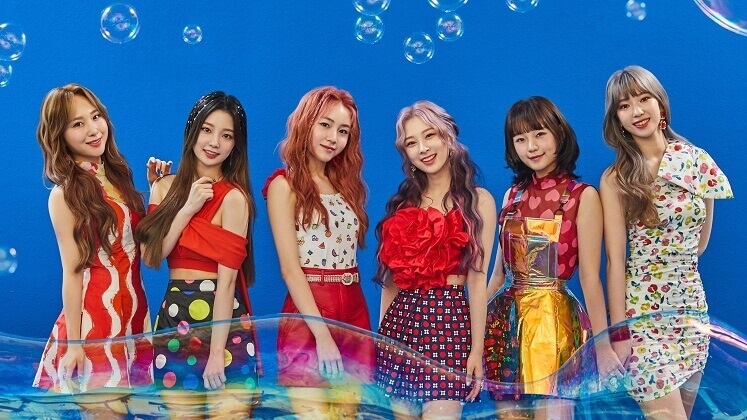 Rocket Punch (로켓펀치) is a six-member South Korean girl group under Woollim Entertainment. The group consists of members Juri, Yeonhee, Suyun, Yunkyoung, Sohee and Dahyun. They debuted on August 7, 2019, with the mini-album Pink Punch with “Bim Bam Bum” serving as its lead single. A debut showcase was held in Yes24 Live Hall in Seoul, South Korea, following the release of their EP. The group held their first performance in Japan at the 2019 Girls Award Autumn/Winter Show.
The group made their comeback on February 10, 2020, with their second mini-album Red Punch and its lead single “Bouncy. On August 4, the group will return with their third mini-album Blue Punch and its lead single “Juicy”.