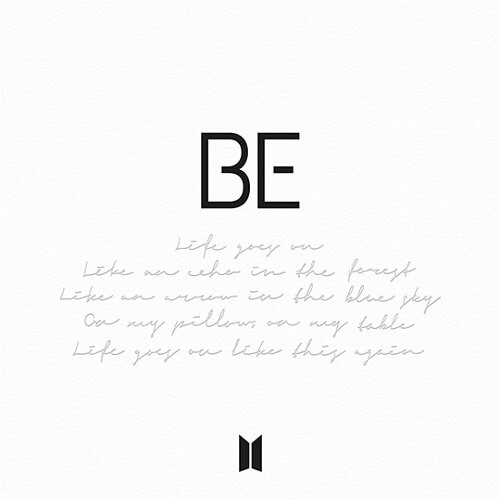 BE is the seventh mini-album by popular group BTS under  Big Hit and Columbia. It released on November 20, 2020 with the song “Life Goes On” serving as the album’s title track.
On September 27, 2020, Big Hit uploaded a teaser poster with the album’s name, also announcing the release date. Preorders for the deluxe edition began the following day. On October 30, BTS teased the title of the album’s lead single “Life Goes On” on Twitter. On November 10, the band posted the album’s tracklist and digital cover. Now you can enjoy BE album with English Lyrics Translation right below!