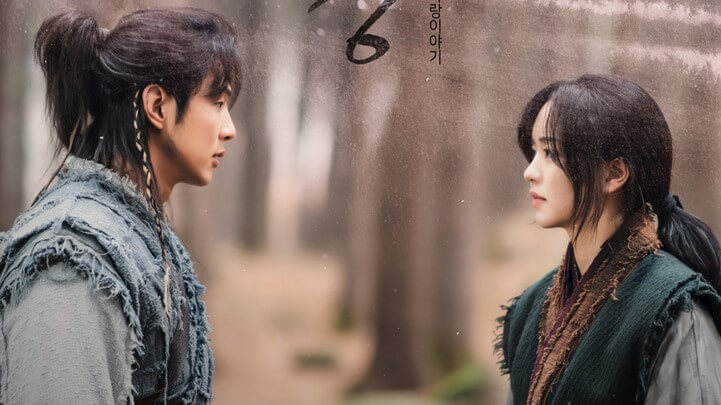 River Where the Moon Rises (달이 뜨는 강) is a South Korean television series starring Kim So Hyun, Ji Soo, Lee Ji-hoon and Choi Yu Hwa. Based on the 2010 novel Princess Pyeonggang by film director and screenwriter Choi Sagyu, it premiered on KBS2 on February 15, 2021, and airs every Monday and Tuesday at 9:30 PM (KST) previously occupied by “Royal Secret Agent.

Synopsis:
The series retells the love story between Princess Pyeonggang and On Dal, who are characters in a classic Goguryeo folktale. Princess Pyeonggang (Kim So-hyun) who was born as a princess but raised to be a person who killed a sinner also known as Yeom Ga Jin, an ambitious woman who dreams to re-establish the status of Goguryeo and be the first female Taewang of Goguryeo. However, she uses On Dal’s (Ji Soo) feelings for her to achieve her goals.

We will update all the songs, lyrics, audio and music video from ‘River Where the Moon Rises‘ with English Translation as following table: