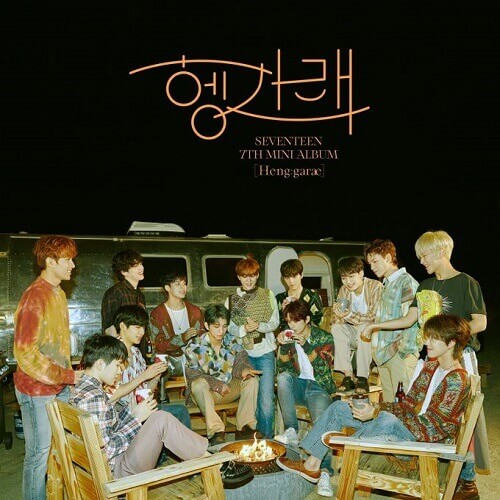 헹가래 / Heng:garæ / Journey of Youth is the seventh mini album by SEVENTEEN under Pledis Entertainment . It was released on June 22, 2020 with title track ‘Left & Right’. To promote the album, on June 16, 2020 they posted full album tracklist via their official social media account with a total of six tracks. In addition, on the same day, Mnet announced through a teaser that SEVENTEEN will be holding their own comeback show for their upcoming seventh mini album “Heng:garæ.” The show airs on June 22 at 7 PM KST, only an hour after their album official releases.