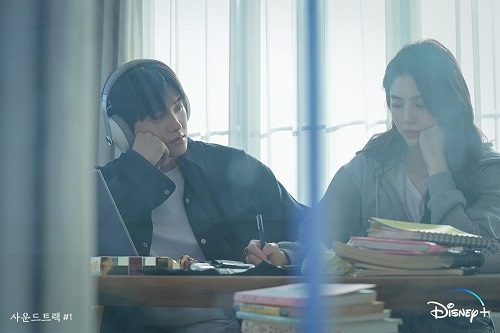 Soundtrack #1 (사운드트랙#1)  is an upcoming South Korean television series starring Park Hyung-Sik and Han So-Hee.  It is scheduled to premiere on Disney+ on March 2022.

Synopsis:
Han Sun Woo (Park Hyung Sik) is a rookie photographer. He doesn’t talk much, but he is a kind and warm-hearted man. He is friends with Lee Eun-Soo (Han So Hee). They have been close friends for 20 years. Meanwhile, Lee Eun-Soo works as a lyricist to make living. She has a honest and bright personality. Due to a reason, Han Sun-Woo and Lee Eun-Soo begin to live together at the same house for 2 weeks. Staying together, their relationship develops romantically.

We will update all the songs, lyrics, audio and music video from ‘Soundtrack #1 OST | 사운드트랙#1‘ with English Translation as following table: