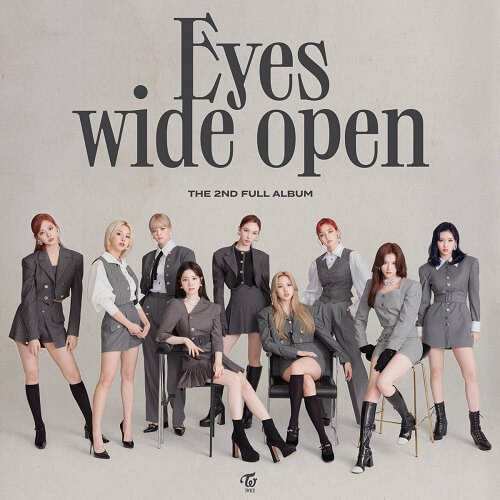 Eyes Wide Open is the second Korean studio album by popular girl group TWICE. It is set to be released on October 26, 2020, by JYP Entertainment with “I Can’t Stop Me” serving as the lead single.
The album was announced on October 011 via TWICE’s official social accounts, along with the release date and promotional schedule. On October 6, the album’s title was announced. On October 10, the tracklist features thirteen songs and the lead single, “I Can’t Stop Me” were revealed.