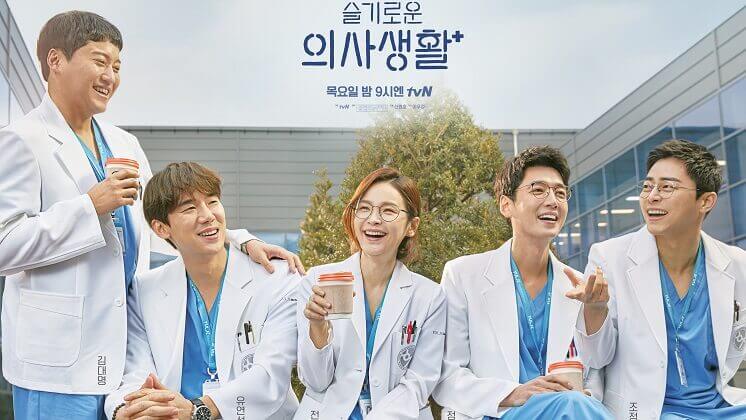 Hospital Playlist  (슬기로운 의사생활)  is a South Korean television series (K drama) written by Lee Woo-jung and directed by Shin Won-ho.
The series stars Jo Jung Suk, Yoo Yeon Seok, Jung Kyung Ho, Kim Dae Myung and Jeon Mi Do. The first season aired on tvN every Thursday from March 12 to May 28, 2020. By the conclusion of the first season, it became the ninth highest-rated Korean drama in cable television history. The second season is set to premiere in 2021.
Hospital Playlist tells the stories of doctors, nurses and patients at a hospital. Five doctors all entered the same medical university in 1999. They are now friends and work together in the same hospital and who have a band called Mido and Falasol.
Hospital Playlist OST included 12 parts sung by various artist (Kwon Jin Ah, Joy, Whee In, Kyuhyun … details as below) and a full album with instruments version

We are updating all the songs, lyrics, audio and music video from  ‘Hospital Playlist Soundtrack’ with English Translation as following table:

What’s your favorite song in this drama?
Drop a line to share with us!