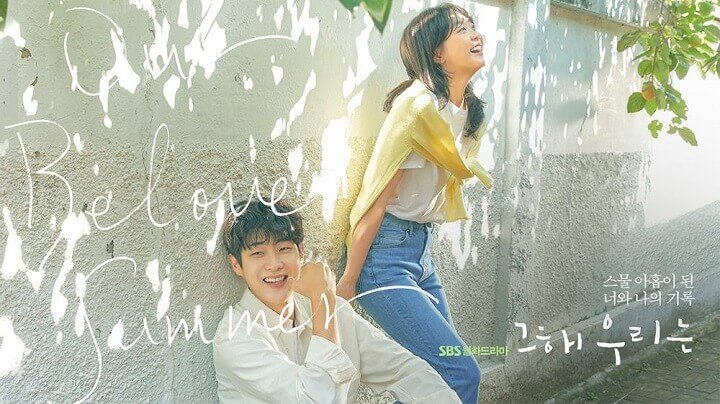 Our Beloved Summer (그 해 우리는) is an upcoming South Korean romantic comedy television series. it is directed by Kim Yoon Jin with screenplay by Lee Na eun, starring Choi Woo Shik, Kim Da Mi, Kim Sung Cheol and Roh Jeong eui. It is slated to premiere on SBS TV in December 6, 2021 and will air on Mondays and Tuesdays at 22:00 (KST) time slot previously occupied by “Lovers of the Red Sky.” It will also be available on Netflix.

Synopsis:
Choi Woong (Choi Woo Sik) and Kook Yeon-Soo (Kim Da Mi) broke up 10 years ago. A documentary they filmed ten years ago in high school went viral and they are forced to face the cameras together again.
Choi Woong seems naive and a free spirited man, but he wants to have something for the the first time in his life. For that, he shows what he holds in his mind. Kook Yeon-Soo aimed to become the top student at her school, but she is now an adult who lives fiercely, adapting to her reality.

We will update all the songs, lyrics, audio and music video from ‘Our Beloved Summer Television Soundtrack | 그 해 우리는 OST ‘ with English Translation as following table: