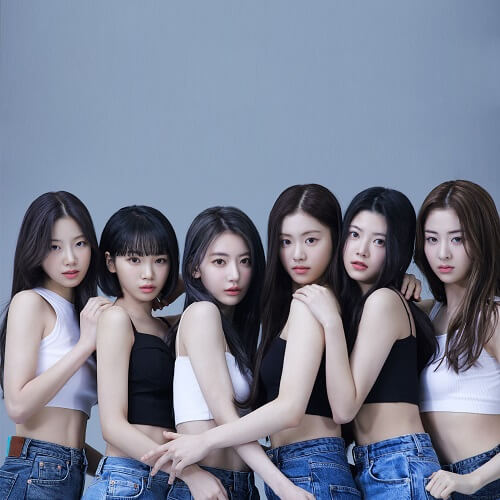 LE SSERAFIM (르세라핌) is an upcoming six-member girl group under Source Music. The members consist of Sakura, Chaewon, Yunjin, Garam, Kazuha and Eunchae. They are set to debut on May 2, 2022 with the mini album Fearless.

2022: Debut
– On March 21, Source Music confirmed that their new girl group would be preparing to debut in May 2022.
– On March 25, Source Music started a 72-hour countdown through their official website with the page reading “IM FEARLESS” which would later revealed to be an anagram for the group’s name, LE SSERAFIM. Later that same day, it was reported that the group would have six members, including Sakura, Chaewon, Yunjin, two trainees from Source Music and a Dutch member personally recruited by the CEO of Source Music.
– On April 4, Sakura was introduced as the group’s first member, followed by Kim Garam on April 5, Hong Eunchae on April 6, Kim Chaewon on April 7, Kazuha on April 8, and Huh Yunjin on April 9.
– On April 13, Source Music announced that the group is set to debut on May 2 with the mini album Fearless.